Locked down in Berrueco. My experience 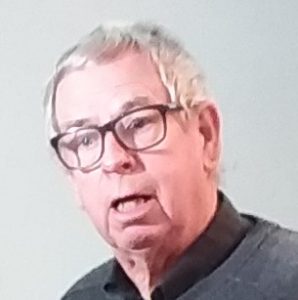 Jeremy, who normally  lives in Scotland, spends seasons in a small village in the province of Zaragoza called Berrueco. He visits our Secondary School every year; the last time he was at School was  on February 7th 2020 and gave us a lecture titled “Scotland and my personal career” that students really liked.

My wife and I arrived in Berrueco in early February. Our intention was to spend a week or two here, and then take our caravan to Sicily for a holiday there. We arrived in Sicily at the end of February, but already the coronavirus pandemic was affecting Italy badly, though mainly in the north, not Sicily, so we thought it would not be a problem for us. Then suddenly, on March 10th, Italy declared a lockdown for the whole country, and it was obvious that we would have to leave. We managed to travel on a ferry from Palermo to Civitavecchia, and then on another from Civitavecchia to Barcelona. Fortunately we arrived in Spain just a few hours before the declaration of the state of alarm, so as foreigners we were still allowed to enter the country, and return to Berrueco, where we were able to leave our caravan.

We had intended to return to our main residence in Scotland and made two attempts to book a place on the ferry from Santander to England, but both times the bookings were cancelled, and then the ferries stopped completely. So we were forced to stay in Berrueco, and we are still here, as I am writing this, on May 26th.

In fact, I think now that we were lucky to have been forced to stay in Spain. The weather was rather wet and cold, but the result was that the damp soil has allowed a magnificent display of wild flowers on the hills and in the fields near the village. It has also filled the Laguna de Gallocanta with water, so that there are more birds there than at any time since the 1970’s. I observed 101 species from our house during the lockdown, from March 15th until May 1st. I sent information about my observations to Javier Mañas at the Allucant hotel in Gallocanta, who published them on Facebook. As a result, some journalist read about them and published articles in the Heraldo de Aragon and the Diario de Teruel, and I was also interviewed for Radio Aragon. So it was actually quite useful. I have also repaired and painted our house, and my wife has done a lot of work improving the garden.

Now we are in phase 2 and can travel more, we have been visiting other places, and made our first visit to Zaragoza today. We were very impressed by how well organised the precautions against infection are, and how well people are observing the regulations. This contrasts with the situation in the United Kingdom, where the government has been very badly organised and people do not know what they can and cannot do. So we would prefer to stay in Spain a bit longer, until things get better in the UK.

So really, we think we have been quite lucky to have been locked down here in Berrueco. 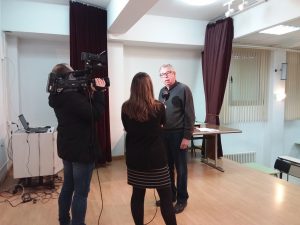 So what is Covid 19? It is a virus, one of a family called coronaviruses because under an electron microscope the virus looks rather like a crown.

Viruses are subcellular particles consisting of nucleic acids, and other molecules such as proteins and lipids. They cannot live or multiply by themselves, but do so by invading some kind of cellular organism, incorporating their nucleic acids into those of the host cell, which then multiplies and produces many new viruses. The cell then dies, and releases all the new viruses, which then infect other cells, and so on, until all or part of the body becomes destroyed or non-functional.

Viruses can infect almost any type of cells, from human cells through to bacteria. But usually, they are species-specific, so for example a virus that can infect a chicken cannot infect a human or a bacteria. But sometimes they mutate, and this allows them to infect a new host species. It is thought that Covid 19 was originally specific to a species of bat, but mutated and could then infect humans.

In humans, Covid 19 specifically infects the respiratory system, especially the lungs, which transfer oxygen from the air to the blood. In serious cases the lungs are so badly damaged that oxygen cannot be transferred and the patient dies.

But most patients do not die, so what causes them to recover? The answer is that their immune system makes antibodies to the virus, which bind to the virus and stop it from being able to infect the human cells. In old people, or those who already have some other types of illness, the immune system does not work properly and the patient dies before antibodies can be made, This is why so many of the Covid 19 deaths are old people.

This is also the reason why there is so much interest in making a vaccine. To do this scientists have to make, in a laboratory, a particle that looks like Covid 19, but cannot infect the human cells. If this particle is injected into a human they will make antibodies, but will not become infected. Later on, if they become infected with Covid 19, the antibodiese are already there, and will immediately block the real virus from infecting the cells, so the person does not become ill.

Of course, the whole story is quite a lot more complicated, but this gives some idea of how the virus works.

Thank you very much, Jeremy! 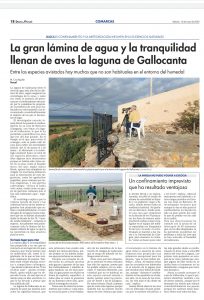